Josef Kelmens Pilsudski was a Polish statesman; Chief of State. Marshal Jozef Pilsudski Monument- unveiled in 1997, the monument of Jozef Pilsudski in Lodz, located at the intersection of Killinskiego and Traugutta. Monument is set to square lined dice them. The monument of Marshal consists of a pedestal on which the figure is set to Pilsudski. He is shown standing, leaning on a sword; dressed in unifrom, coat and hat. Lodz by sculptor artist Zbigniew Lord. In November 2007, the monument was placed next to the red and white eight-meter masts with three eagles; shooting, legion and the Polish Army Second Republic. 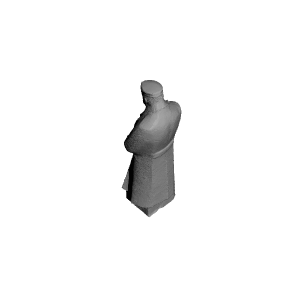 Nice. easy to print. This is a great man.