This feudal-style Lord declares himself King of Munchland, and sits respectfully at the Council of QuinSee**. He serves as his own bodyguard, as he's got a lot of momentum going when he's willing to throw some punches. This beefy mammoth weighs in at just over 400 pounds, standing at a reasonable 6'4". His party loyalty is exclusively to that of High-Lord Grimul.

**Lower Chamber, serves as little more than a scapegoat for the team.

Upscale to roughly 170% for appropriate model size. Print with supports, and infill at 35%+ for best results. 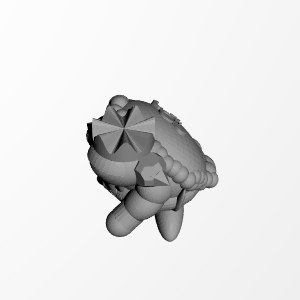