3D
Scan The World
1,218 views 30 downloads
Community Prints Add your picture
Be the first to share a picture of this printed object
1 comments

Lord Palmerston was a British statesman who served twice as Prime Minister in the mid-19th century. For most of 1830 to 1865, he dominated British foreign policy when Britain was at the height of its power. Popularly nicknamed "Pam" and "The Mongoose", he was in government office almost continuously from 1807 until his death in 1865, beginning his parliamentary career as a Tory, switching to the Whigs in 1830, and concluding it as the first Prime Minister of the newly formed Liberal Party from 1859. 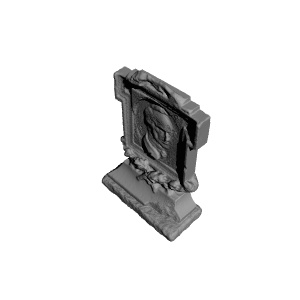