3D
Scan The World
3,742 views 137 downloads
Community Prints Add your picture
Be the first to share a picture of this printed object
0 comments

Louis Joseph Ghislain Seutin born in Nivelles, he studied medicine and took part in the Battle of Waterloo as a doctor. After the Belgian Revolution in 1830, he became the personal doctor of king Leopold I and Head Doctor of the Belgian army. He was later made a baron for his services.

He became Head Surgeon of St. Peters Hospital and a professor of surgery in 1834.

He invented the use of starched bandages. Seutin had travelled through Russia demonstrating his starched bandage, and his technique had been adopted by both the Russian army and navy by 1837. And, in 1848, was the first to use chloroform for anaesthesia. His treatment of open fractures was revolutionary. By improving hygiene, he also drastically reduced the number of women who died in childbirth.

He became a senator for the Liberal Party in 1853.

Baron Seutin Commander of the Order of Leopold (Ordre de Léopold), who converted to homeopathy to become the founder of the «Belgian Homeopathic Magazine».

Seutin died in Brussels on 29 January 1862, and is buried in Laeken Cemetery.

See the Belgian film by Jean-Marie Piquint "A Hauteur d'Homme" ("Man among men") with Jacques Lippe. 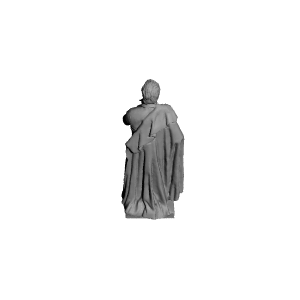 ×
0 collections where you can find Louis-Joseph Seutin in Brussels, Belgium by Scan The World