3D
Scan The World
4,313 views 296 downloads
1 collection
Community Prints Add your picture
Be the first to share a picture of this printed object
0 comments

This sculpture of Marie Leszczyńska is by Guillaume Coustou the Elder.  Marie Leszczyńska, was a queen consort of France, called Queen Marie of France. She was a daughter of King Stanisław I of Poland (later Duke of Lorraine) and Catherine Opalińska. She married King Louis XV of France and was the grandmother of Louis XVI, Louis XVIII, and Charles X. She was the longest-serving queen consort of France. Guillaume Coustou the Elder (November 29, 1677, Lyon - February 22, 1746, Paris) was a French sculptor and academician. Coustou was the younger brother of French sculptor Nicolas Coustou and the pupil of his mother's brother, Antoine Coysevox. Like his brother, he was employed by Louis XIV and Louis XV. 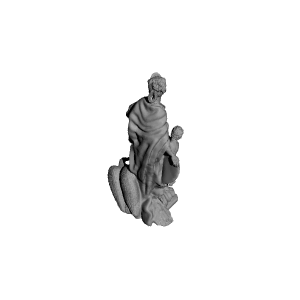 ×
1 collections where you can find Marie Leszczynska at the Louvre museum, Paris by Scan The World