3D
Scan The World
2,985 views 253 downloads
3 collections
Community Prints Add your picture
Be the first to share a picture of this printed object
0 comments

Gibson described his statue as 'the God Eros caressing a butterfly upon his breast, while with his other hand he is drawing an arrow to pierce it.' The butterfly was a common symbol for the human soul in Roman sculpture and the representation of the goddess Psyche ('the soul') with wings is a personification of the same idea. Gibson's design was first executed in marble for Lord Selsey in 1837 and exhibited at the Royal Academy in 1839. Two copies were made, a tinted version for Mr. Robert Holford of Dorchester House and this one which was for R.V. Yates of Liverpool. 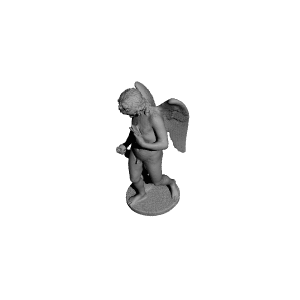 ×
3 collections where you can find Love cherishing the Soul, while preparing to torment it by Scan The World