3D
Scan The World
2,047 views 92 downloads
1 collection
Community Prints Add your picture
Be the first to share a picture of this printed object
0 comments

This statue depicts Aphrodite Anadyomene, also known as Venus Anadyomene (from Greek, "Venus Rising From the Sea"). This scene is one of the iconic representations of the Goddess. According to Greek mythology, Aphrodite was born as an adult woman from the sea, which also perpetually renewed her virginity. A motif of the goddess wringing out her hair is often repeated. 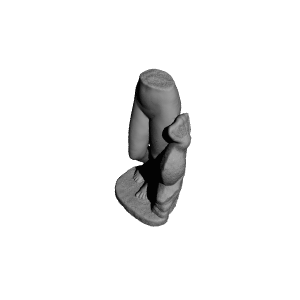