Lucifer at the Middelheim Museum

3D
Scan The World
2,566 views 67 downloads
1 collection
Community Prints Add your picture
Be the first to share a picture of this printed object
0 comments

Lucifer at the Middelheim Museum

Between 1955 and 1965, Paul van Hoeydonck was at the very centre of artistic developments in Brussels, Antwerp, Paris, Venice, Milan, Dusseldorf and New York. He associated with the influential ZERO group. His friends and associates included the critic Pierre Restany, and artists Piero Manzoni, Pol Bury, Yves Klein, Heinz Mack, Otto Piene, Daniel Spoerri, Jean Tinguely and Lucio Fontanta Van Hoeydonc exhibited with the avant-garde Parisian Gallery Iris Clert, who sold his work to the Museum of Modern Art in New York. Van Hoeydonck's concern of manhood and its interaction with the space is central to his work. His sculpture Fallen Astronaut remains the only human artefact with a permanent place on the moon. 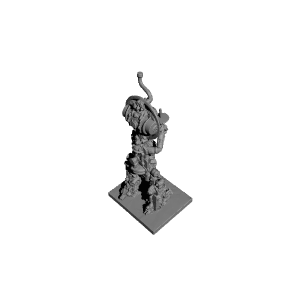