3D
Scan The World
2,270 views 119 downloads
Community Prints Add your picture
Be the first to share a picture of this printed object
0 comments

Albacini's plaster is probably based on one of his own marble copies of the antique original which was formerly in the Villa Borghese, Rome and is now in the Louvre, Paris (also on Scan the World). Verus (AD 130-169) was co-Emperor of Rome AD 161-69 with his adoptive twin Marcus Aurelius. Unlike Marcus, however, Verus was weak and self-indulgent and a poor administrator. 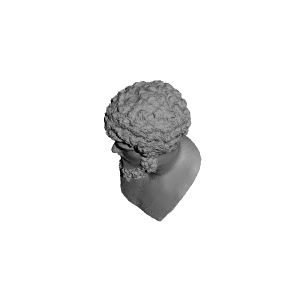 ×
0 collections where you can find Lucius Verus at The Scottish National Gallery, Scotland by Scan The World