3D
Scan The World
14,899 views 2,162 downloads
7 collections
Community Prints Add your picture
Be the first to share a picture of this printed object
0 comments

Lucky Luke is a Belgian comics series created by Belgian cartoonist Maurice De Bevere, better known as Morris, and for one period written by René Goscinny. Set in the American Old West, it stars the titular character, Lucky Luke, thecowboy known to "shoot faster than his shadow". 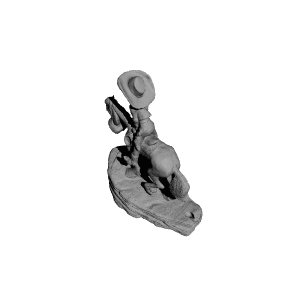 ×
7 collections where you can find Lucky Luke in Charleroi, Belgium by Scan The World