3D
Scan The World
1,648 views 56 downloads
Community Prints Add your picture
Be the first to share a picture of this printed object
0 comments

Located in the Convent of Saint Agnes of Bohemia in the Old Town, Prague, in an area called "Na Františku". It was founded in 1231 by Princess Agnes (later known as Saint Agnes of Bohemia), sister of King Wenceslas I. She herself became the first abbess of the monastery in the Order of Saint Clare. The first women came to the convent in autumn 1233 – five nuns from Italian Assisi and seven Bohemian noble-girls. They belonged to the Poor Clares (also called The Order of Poor Ladies) founded by Saints Clare of Assisi and Francis of Assisi in 1212 on Franciscan principles. This was the first convent of the Order of Poor Clares north of the Alps.

Master of the Madonna of Michel - Workshop

(Active in the second quarter of the 14th century) 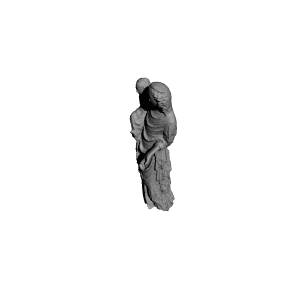