3D
Scan The World
1,911 views 140 downloads
Community Prints Add your picture
Be the first to share a picture of this printed object
0 comments

Mathieu Mole, born in 1584 and died January 3, 1656 in Paris, is a French statesman. First president of the parliament of Paris, he was an important role of UN in the Fronde and DeViNT subsequently he became Minister of Justice of France. 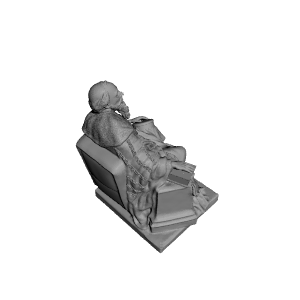 ×
0 collections where you can find Mahieu Molé at the Louvre museum, Paris by Scan The World