3D
Scan The World
17,671 views 2,913 downloads
15 collections
Community Prints Add your picture
Be the first to share a picture of this printed object
2 comments

The Maiwand Lion is a sculpture and war memorial in the Forbury Gardens, a public park in the town of Reading, in the English county of Berkshire. The statue was named after the Battle of Maiwand and was erected in 1886 to commemorate the deaths of 329 men from the 66th (Berkshire) Regiment of Foot during the campaign in Afghanistan between 1878 and 1880. It is sometimes known locally as the Forbury Lion. It is much larger than life and was sculpted in bronze by George Blackall Simonds.
This object is part of "Scan The World". Scan the World is a non-profit initiative introduced by MyMiniFactory, through which we are creating a digital archive of fully 3D printable sculptures, artworks and landmarks from across the globe for the public to access for free. Scan the World is an open source, community effort, if you have interesting items around you and would like to contribute, email stw@myminifactory.com to find out how you can help.
Show more Show less
License
Printing Details 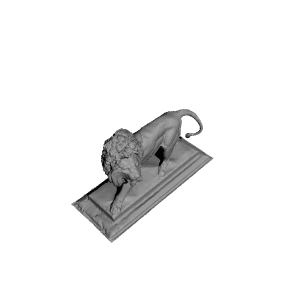 ×
15 collections where you can find Maiwand Lion in Forbury Garden, Reading, UK by Scan The World