3D
Scan The World
1,677 views 56 downloads
Community Prints Add your picture
Be the first to share a picture of this printed object
0 comments

Half of the lower jaw of one of the Juvenile Shropshire Mammoths, showing the molar tooth that was in use as well as the empty socket in front of this, which was the location of the previous tooth. The other half of the jaw will also be available as a model soon. 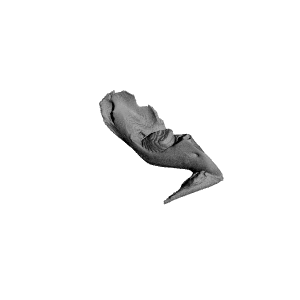 ×
0 collections where you can find Mammoth Juvenille Jaw by fossilsinshropshire