3D
Scan The World
1,412 views 35 downloads
Community Prints Add your picture
Be the first to share a picture of this printed object
0 comments

Left cuboid bone of the adult Shropshire Mammoth. The cuboid is a bone of the foot. In this case the left hind leg of the mammoth. 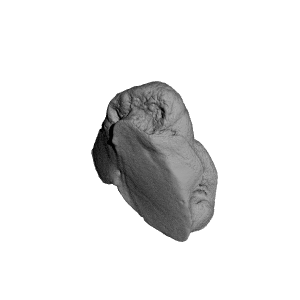