3D
Scan The World
2,037 views 93 downloads
Community Prints Add your picture
Be the first to share a picture of this printed object
0 comments

Sacrum of the adult Shropshire Mammoth. This fused set of vertebra are one of the most complex items we have imaged so far, with more than double the usual amount of images being used to make this model.

Imaged using a canon 5DS R and Stackshot 3x with turntable to provide 360 images which were then processed using agisoft photoscan at high levels. 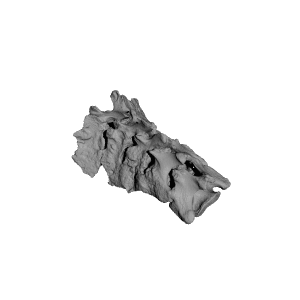