Man grieving on a boat

Man grieving on a boat

This tomb memorial of a man grieving on a boat commemorates the notable deceased in the typical iconography of late Romanticism period.

The Kerepesy Cemetery is the most famous cemetery in Budapest. It is one of the oldest cemeteries in Hungary which has been almost completely preserved as an entity.

Founded in 1847 he cemetery's first burial took place some two years after its opening, in 1849. Since then numerous Hungarian notables (statesmen, writers, sculptors, architects, artists, composers, scientists, actors and actresses etc.) have been interred there, several of them in ornate tombs or mausolums . This was encouraged by the decision of the municipal authorities to declare Kerepesi a 'ground of honour' in 1885. 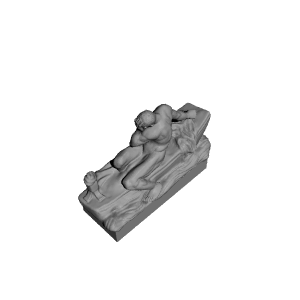 ×
0 collections where you can find Man grieving on a boat by Scan The World
×
Rick Norris
@goaty_rn
1
Printed on: CraftBot 3D Printer
Material: PLA
Posted at: 19th October 2021

Printed on the Craftbot +, sliced with Simplify 3D