3D
Scan The World
1,921 views 109 downloads
Community Prints Add your picture
Be the first to share a picture of this printed object
0 comments

Jef Lambeaux after visiting Italy was much impressed by the works of Jean Boulogne, he showed a strong predilection for effects of force and motion.

Lambeaux didn't escape the wrath of art critics when he showed a life-size model of Temple of Human Passions at the Salon Triennial in Ghent in 1889. The sculpture managed to attract such fury and uproar that in 1890 the journal L’Art Moderne.

The Museum of Fine Arts Ghent (MSKG) is the oldest art museum in Belgium. It was created at the end of the 18th century, after the Austrian and French regimes had closed down dozens of churches and monasteries. As a result, an important part of the art patrimony lost its original destination. After a number of works had been seized and sold, a collection of approximately 220 paintings and a few statues was left. 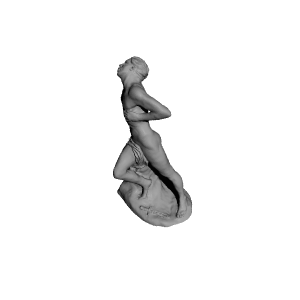