3D
Support Free Scan The World
3,112 views 127 downloads
1 collection
Community Prints Add your picture
Be the first to share a picture of this printed object
0 comments

Copy or adaptation of a Greek portrait of the early 3rd century B.C. The flat fillet worn by this young man is an insignium of kingship. He has been identified as one of the Macedonian Greek kings who ruled the new kingdoms formed in the lands that Alexander the Great had conquered in the late fourth century B.C. The head was once part of the collection of antiquities formed in the early seventeenth century in Rome by the Marchese Vincenzo Giustiniani. 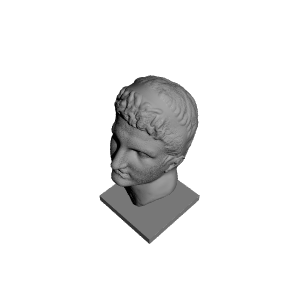