Marble Head of Emperor Tiberius at The British Museum, London

3D
Scan The World
4,277 views 200 downloads
Community Prints Add your picture
Be the first to share a picture of this printed object
0 comments

Marble Head of Emperor Tiberius at The British Museum, London

The head, set into a modern bust, shows the image of the future emperor Tiberius (reigned AD 14-37). It was commissioned in AD 4 to mark his adoption as the successor of the emperor Augustus, his step-father. At the time Tiberius would have been forty-six years old, but is shown in the portrait as much younger.

The intrigues of Livia, Tiberius' mother, were probably a major factor in his rise to power, combined with the terrible health and unfortunate accidents which befell all the other potential heirs of Augustus. Tiberius was a successful general in campaigns against Persia and along the Danube and Rhine, but lacked Augustus' natural rapport with the Senate, making his period as emperor politically turbulent. His reliance upon the ambitious and brutal Sejanus, the head of the Praetorian guard (the imperial bodyguards) caused particular concern, as did the emperor's supposed sexual excesses at the Villa Iovis on the island of Capri. 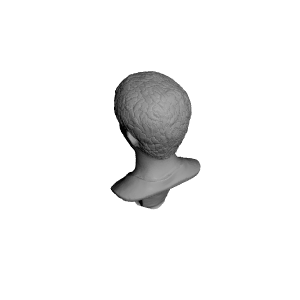 ×
0 collections where you can find Marble Head of Emperor Tiberius at The British Museum, London by Scan The World