3D
Scan The World
1,598 views 91 downloads
Community Prints Add your picture
Be the first to share a picture of this printed object
0 comments

Venus of Capua is a type representing a semi-naked Aphrodite (or Roman Venus), the goddess of beauty. It's a type similar to the Venus de Milo and is named after an ancient theater in Capua, Italy, where it was first found. This is a Roman copy of a Greek original of the 2nd century BC. 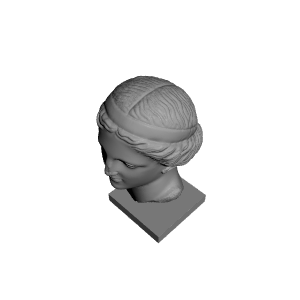