3D
360°
Scan The World
1,748 views 44 downloads
Community Prints Add your picture
Be the first to share a picture of this printed object
0 comments

This marble slab probably came from north China, to judge from the costumes of the figures and the tent that is similar to a Mongol yurt. These, together with the evidence of a complete tomb lined with such slabs excavated in the north-western province of Gansu, show that the slab probably originated in Jin dynasty territory. This state was established by a different ethnic group from the majority Han Chinese. The complete set of slabs probably depicted popular Confucian tales later known as the 'Twenty Four Exemplars of Filial Piety'. It was during this period that this set of tales was being structured, and it often inspired tomb decoration. Support for Confucian values was important to ruling groups not themselves Han Chinese, striving to cement their legitimacy as holders of the Mandate of Heaven.

The slab comes from the wall of a tomb chamber. It is part of a set that illustrates the Confucian moral tales of the 'Twenty-four Examples of Filial Piety'. The figures are dressed in the costume of the Jurchen people who ruled the Han Chinese in a part of north China. 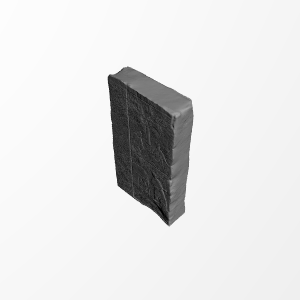 ×
0 collections where you can find Marble Slab by vam