Marble Statue of the Emperor Septimius Severus at The British Museum, London

3D
Scan The World
5,891 views 308 downloads
1 collection
Community Prints Add your picture
Be the first to share a picture of this printed object
0 comments

Marble Statue of the Emperor Septimius Severus at The British Museum, London

Emperor Septimius Severus, shown here in military uniform, was a very skilled general. An international Emperor, he was born in Leptis Magna, Libya, had a Syrian wife, Julia Domna, and campaigned all over the Empire before dying in York, northern Britain, in AD211. He was the last great Emperor before the crisis of the third century engulged the Empire. This sculpture was made in the Roman AD 193-200 originating from Alexandria, Egypt. 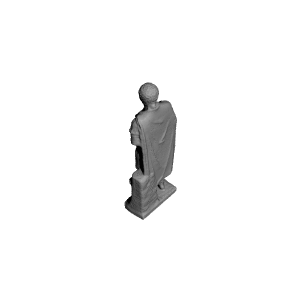 ×
1 collections where you can find Marble Statue of the Emperor Septimius Severus at The British Museum, London by Scan The World