3D
Scan The World
4,159 views 531 downloads
2 collections
Community Prints Add your picture
Be the first to share a picture of this printed object
0 comments

This marble vase shows how the Romans reimagined the Greek art that they copied.

It imitates a bronze krater, a vessel originally used at ancient Greek drinking paries (symposia) to hold the wine mixed with water. The design was re-used as a striking garden ornament in a luxurious villa at Stabiae, a rest-town near Pompeii, where it was discovered. The carved decoration shows Bacchantes (followers of the wine god Bacchus) in a dance, a sight familiar with the people. 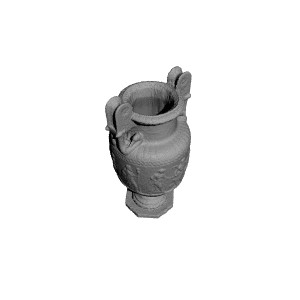 ×
2 collections where you can find Marble Vase at The Royal Ontario Museum, Ontario by Scan The World