3D
360°
Scan The World
1,661 views 110 downloads
1 collection
Community Prints Add your picture
Be the first to share a picture of this printed object
0 comments

Marcus Claudius Marcellus (42 – 23 BC) was the eldest son of Gaius Claudius Marcellus Minor and Octavia Minor, sister of Emperor Augustus. As the Emperor's closest male relative, Marcellus began to enjoy an accelerated political career as a result. He was educated with his cousin Tiberius and traveled with him to Hispania where they served under Augustus in the Cantabrian Wars. In 25 BC he returned to Rome where he married his cousin Julia, who was the emperor's daughter. Marcellus and Augustus' general Agrippa were the two popular choices as heir to the empire, but Marcellus died of an illness very young.

This portrait of him is set in a modern bust by Guglielmo della Porta, an Italian sculptor and architect. 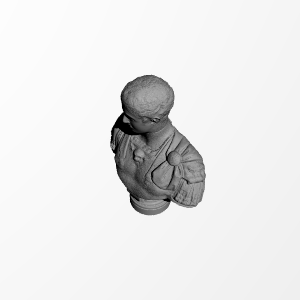 ×
1 collections where you can find Marcellus by Scan The World