3D
360°
Featured Scan The World
7,122 views 1,136 downloads
11 collections
Community Prints Add your picture
Be the first to share a picture of this printed object
0 comments

Sergel was inspired by Homer’s The Iliad in several works. Here he depicts the story of the wounded love goddess Venus’ rescue by Mars. The war god is made to represent vigorous power, ready to defend the helpless Venus, who complains of her pain. Sergel began the group in 1775 in Rome, but finished it in Stockholm in 1804. It is intended to be viewed from all sides; the various angles of the composition differ in character.


The plaster model (NMSk 453) can be downloaded here. 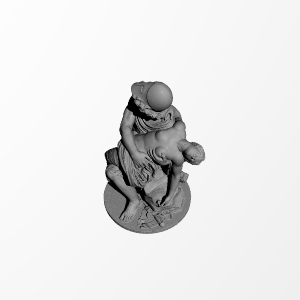 ×
11 collections where you can find Mars and Venus by nationalmuseumswe