3D
Scan The World
2,399 views 83 downloads
Community Prints Add your picture
Be the first to share a picture of this printed object
0 comments

Mary Madgalene, literally translated as Mary the Madgalene  or Mary of Madgala, was a Jewish woman who, according to texts included in the New testament, traveled with Jesus  as one of his followers. She is said to have witnessed Jesus's crucifixion and resurrection. Within the four Gospels she is named at least 12 times, more than most of the apostles. 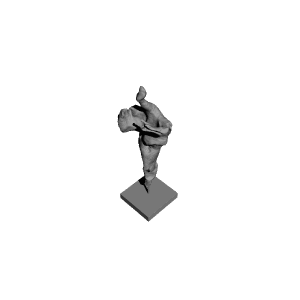