3D
Scan The World
2,607 views 239 downloads
1 collection
Community Prints Add your picture
Be the first to share a picture of this printed object
0 comments

A heraldic symbol of Florentine dominion, the Marzocco (from the Latin Martius, or Mars, god of war) is an emblem of force and genereosity.

This lion holding a shield which bears a lily, the coat of arms of Florence, was sculpted for the apartment which housed Pope Martin V in Santa Maria Novella between 1419 and 1420. In 1812 it was positioned in front of Palazzo della Signoria to replace the original fourteenth-century Marzocco, by then in ruins. However, due to the deterioration of the stone, Donatello's lion was moved inside the Uffizi in 1847. 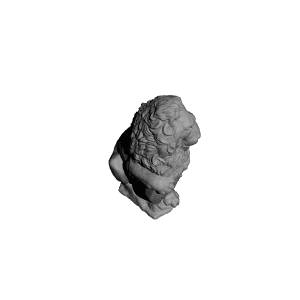 ×
1 collections where you can find Marzocco by Scan The World