3D
6,427 views 139 downloads
Community Prints Add your picture
Be the first to share a picture of this printed object
0 comments

Their commitment to creating great beer has seen them make the largest investment in craft brewing in London since 1930. They built a state of the art brewery in Greenwich dedicated to giving their beer the time it needs to come into its own, however long that may be.

When meantime was just a seed of an idea back in the early 2000’s it was always their vision to not only make great beer but to educate people about it too, that’s why they’ve opened their brewery to the public, so you can go and be part of the Meantime story.

File contains STL for isngle extrusion. Hit the download button to get yours now. 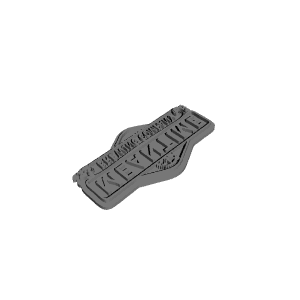