3D
Scan The World
1,933 views 89 downloads
2 collections
Community Prints Add your picture
Be the first to share a picture of this printed object
0 comments

Bacchus (also known as Dionysus) was the result of a relationship between Jupiter and Semele, but Jupiter’s wife discovered what was going on and brought about the death of Semele. So Jupiter asked Mercury (with the winged hat) to give Bacchus’s child to Semele’s sister Ino so that she could look after him. Thorvaldsen executed the original plaster model in Rome in 1809. 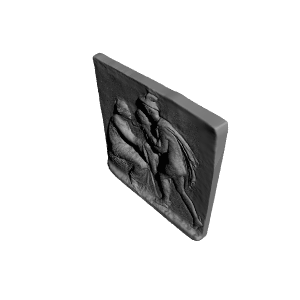