Solid Snake (real name David,[5][6] commonly referred to as Snake, and later referred to as Old Snake) was a former spy, special operations soldier, and mercenary. He was a product of the Les Enfants Terribles project and "son" of legendary soldier Big Boss, along with his "brothers" Liquid Snake and Solidus Snake.  Possessing an IQ of 180 and fluent in six languages,[3][7] he was known as "the man who makes the impossible possible" and his exploits made him into a living legend among the military black ops. Initially a Green Beret, Snake was later inducted into High-Tech Special Forces Unit FOXHOUND in the mid 1990s while it was under the leadership of Big Boss. Repeatedly tasked with disarming and destroying the latest incarnation of Metal Gear, a bipedal nuclear weapon-armed tank, Snake would thrice avert potential nuclear catastrophe, becoming a famed war hero.  Following the Shadow Moses Incident of 2005 and subsequent smear campaign by the Patriots, the secret organization behind American politics, Snake was labeled a terrorist. He faked his own death in the Tanker Incident of 2007,

Metal Gear Solid is a stealth action game directed by Hideo Kojima, developed by Konami Computer Entertainment Japan and published by Konami for the PlayStation 2 in 2001. It is the fourth game in the Metal Gear series produced and directed by Kojima and is the direct sequel of Metal Gear Solid. Its release was followed by an expanded edition, Metal Gear Solid 2: Substance for the The game was well-received, shipping over 7 million copies worldwide and scoring a metascore of 96 on Metacritic. While the gameplay and graphics were universally acclaimed, critics and fans were divided on the philosophical nature and execution of the game's storyline, which explores the themes of memes, social engineering, political conspiracies, and artificial intelligence. Critics and fans were also divided on Raiden, a new character who serves as the main protagonist for the majority of the game and the length of the game's cutscenes.

This is a bust from the game Metal Gear Solid, Sons Of Liberty. This is from the opening scene where you see Snake walking along the street in a heavy raincoat, trudging through the rain with a cigarette poking out of his mouth. It's a game I have played and love so modelled it using Zbrush and 3DS max to bring the scene to life. 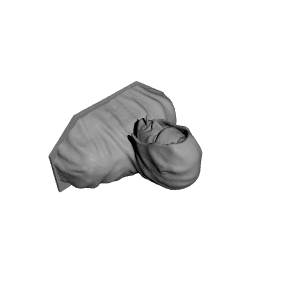 ×
2 collections where you can find Metal Gear Solid Sons of Liberty by Stefanos
×
David Pristave
@Blargman
1
Posted at: 06th December 2021