Milo of Croton at the Louvre, Paris

3D
Scan The World
4,235 views 251 downloads
Community Prints Add your picture
Be the first to share a picture of this printed object
0 comments

Milo of Croton at the Louvre, Paris

Milo of Croton was a 6th-century BC wrestler from the Magna Graecian city of Croton, who enjoyed a brilliant wrestling career and won many victories in the most important athletic festivals of ancient Greece. In addition to his athletic victories, Milo is credited by the ancient commentator Diodorus Siculus with leading his fellow citizens to military triumph over neighboring Sybaris in 510 BC. Milo was said to be an associate of Pythagoras. One story tells of the wrestler saving the philosopher's life when a roof was about to collapse upon him and another that Milo may have married the philosopher's daughter Myia. Like other successful athletes of ancient Greece, Milo was the subject of fantastic tales of strength and power, some, perhaps, based upon misinterpretations of his statues. Among other tales, he was said to have carried a bull on his shoulders and to have burst a band about his brow by simply inflating the veins of his temples. 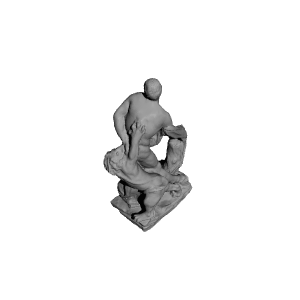 ×
0 collections where you can find Milo of Croton at the Louvre, Paris by Scan The World