Minerva was the Roman goddess of wisdom and strategic warfare, and the sponsor of arts, trade, and strategy. She was born of Metis, who had been swallowed by Jupiter, and burst from her father's head, fully armed and clad in armour. After impregnating the Titaness Metis, Jupiter recalled a prophecy that his own child would overthrow him. 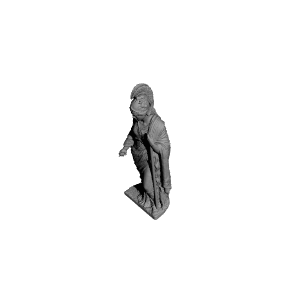 ×
2 collections where you can find Minerva by Scan The World
×
Louise Krasniewicz
@LouiseK
0
Printed on: MakerBot Replicator 2
Material: PLA
Posted at: 09th December 2022