3D
12,606 views 1,742 downloads
13 collections
Community Prints Add your picture
Be the first to share a picture of this printed object
0 comments

This Optimus Prime head is a smaller version of the original generation one series and is influenced by the Kid Logic Optimus prime toy. 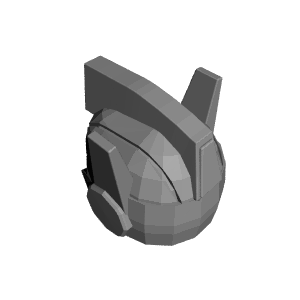