Miquel Mai at The National Art Museum of Catalonia, Spain

3D
Scan The World
1,720 views 51 downloads
Community Prints Add your picture
Be the first to share a picture of this printed object
0 comments

Miquel Mai at The National Art Museum of Catalonia, Spain

Miquel Mai was a Spanish Politician and Humanist.

Son of Regent Chancellor Joan Mai and Elizabeth Rovira, also grandson of Regent Chancellor Joan Ramon Mai Mai and grandson of master of medicine at Temple. Two of his brothers, Clement and John were, respectively, abbots of Ripoll and San Benet. He was a doctor of law. Regent chancellery of Sardinia (1512-17), it was later (1519-33) of the Council of Aragon. In 1528 he was appointed ambassador in Rome near the Pope Clement VII, and prepared the solemn coronation of Charles by the pope in Bologna. In 1533 he was promoted to vice-chancellor of the Aragonese Crown, a position he was to death. 1535 accompanied the king in Tunis;participated in the courts of Monsoon of 1542, extending, and was present in Barcelona to the interview between the Board and the Duke of Alba on the vast program of fortification of the city. League Young humanist Martin Ivarra (which in 1514 he dedicated an epigram and in 1522 the second edition of Barcelona vocabulary Nebrija), and the small circle of Erasmus Barcelona was with Mercurino Gattinara, one of the basic figures of 'Erasmism the service of imperial policy. His humanistic education basically Italian remains evident in its rich library -more than 1,800 printed works and 400 manuscripts; in addition to legal texts, there appeared works by classical Italian and French and a lot of works of Erasmus, some of them already prohibides- and the large number of antiquities left in dying, the his palace in Barcelona, which was then Pines house. Professor Rafael Barcelona Mambla he dedicated his Dialectic (1540) and later archbishop of Tarragona Antonio Agustin, his Emendationum ... (1543). 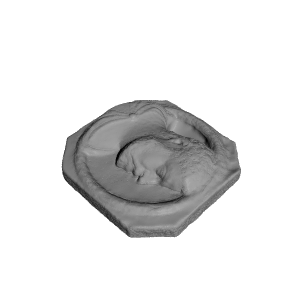 ×
0 collections where you can find Miquel Mai at The National Art Museum of Catalonia, Spain by Scan The World