Once there was a Buddy named Mo. Mo was a very talented singer and dancer. He has two eyes, a blue body, and two arms. When Mo was two years old, he started singing. His parents were astounded at his singing voice. They signed him up for competition after competition. No competition made Mo feel accomplished. Now Mo is 18, has a small apartment in Buddyland, and a few followers on Bustagram. He was walking to the store one day and stepped on a paper. The paper said, “Are you competitive? If so, you should compete in the Buddy Games!!! Choose to compete in one of these three tournaments: The Buddy Racers, the Monster Extravaganza, or Aircraft Race” Mo knew exactly what he was going to do. When he got home he devised a plan. He was going to participate in the Monster Extravaganza. Mo was planning to earn fame through this competition. He was dreaming of living in a mansion in harmony. The next day he went into the forum to compete. He filled out his name and walked down the sparkly red carpet. He felt like a king! When he entered, he saw the judges sitting at their table and he immediately called his best friend, John. John calmed his nerves down to the point where Mo could compete. Mo sat until it was his turn. The judges called him up to the stage. They asked him what his talent was. He answered, “Singing!” The judges replied with “Show us!!” He began to sing. The room got quiet. Everyone was listening with intent. When he finished, there were tears instead of clapping, hugs instead of yells, love instead of listening. The judges were astounded. 10/10 was Mo’s score given by each judge! Sadly, someone cheated in the competition and Mo did not win. But when Mo got home, he realized the power of his voice and he decided to start a singing career so that he could make many feel his love.

This object was made in Tinkercad. https://www.tinkercad.com/things/3GARbBpA9iI 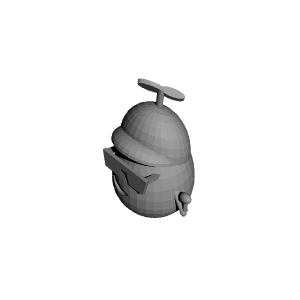 ×
0 collections where you can find Mo's physical form by Gnomeman