3D
Support Free Scan The World
2,869 views 84 downloads
1 collection
Community Prints Add your picture
Be the first to share a picture of this printed object
0 comments

In late 1969, Benglis made a group of works by pouring colored liquid latex on the floor and letting it dry into irregular, rubbery chunks. Soon after, she began subjecting liquid metals to the same methods, pouring them into freestanding sculptures. Works such as Modern Art—which was executed in bronze, aluminum, lead and tin—share industrial materials with their Minimalist antecedents, yet their forms are also insistently biomorphic, even scatological. Modern Art consists of four parts, each in a different metal, but the work was divided for some twenty-five years: The bronze and aluminum parts were given to the Museum in 1977. The artist reunited the four elements of the work by donating the tin parts in 2012. 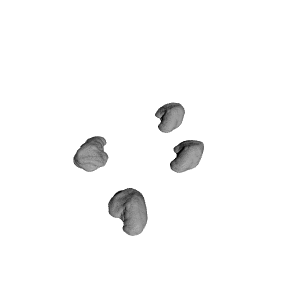 ×
1 collections where you can find Modern Art at MoMA, New York by Scan The World