This monster is found in the bedrooms of young kids who have a very active imagination. Rather than needing big action toys and figures, they make their own by piecing together what they have. The "P" and "F" stand for "Professor Fantasy" and he has whatever powers the kid wants them to have. This character is often accompanied by other monsters of a similar style made from left over toys and pieces. 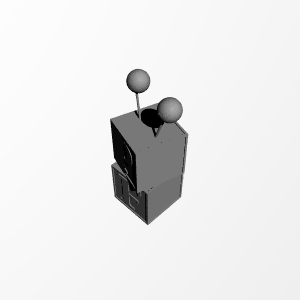 ×
0 collections where you can find Monster by NicholasDienstbier
×
Li Wei Bing
@LiB
0
Printed on: DIY/Homemade
Material: PLA
Posted at: 17th May 2022