3D
Scan The World
1,350 views 50 downloads
1 collection
Community Prints Add your picture
Be the first to share a picture of this printed object
0 comments

Georges-Louis Leclerc, Comte de Buffon (7 September 1707 – 16 April 1788) was a French naturalist, mathematician, cosmologist, and encyclopédiste. His works influenced the next two generations of naturalists, including Jean-Baptiste Lamarck and Georges Cuvier. Buffon published thirty-six quarto volumes of his Histoire Naturelle during his lifetime; with additional volumes based on his notes and further research being published in the two decades following his death.

It has been said that "Truly, Buffon was the father of all thought in natural history in the second half of the 18th century".
Buffon held the position of intendant (director) at the Jardin du Roi, now called the Jardin des Plantes. 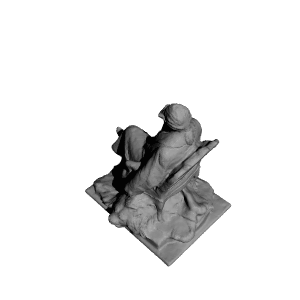