3D
Scan The World
1,853 views 48 downloads
Community Prints Add your picture
Be the first to share a picture of this printed object
0 comments

Works of charity for the urn relief; winged, scroll-supporting putto for the base. Plaster models for the marble monument in Santa Croce, Florence (1846).

The scene of the relief of neoclassical inspiration is the front of an urn whose overall architectural composition derives from Renaissance prototypes. The tomb of Julie Clary Bonaparte (1877-1845), wife of Charles Joseph Napoleon, king of Naples and later of Spain, is in the Bonaparte Chapel in Santa Croce, opposite that of her daughter Charlotte, executed by Lorenzo Bartolini (1840). 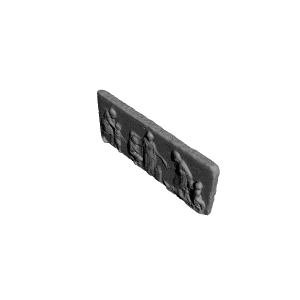