3D
Scan The World
1,437 views 57 downloads
Community Prints Add your picture
Be the first to share a picture of this printed object
0 comments

Plaster cast from the marble monument in Santa Croce, Florence (1837-1844)

The monument to Sophie Czartoryska Zamoyska, ordered after her death (1837) by Prince Stanislaw and their children, shows an acute opening to the natural given in the figure of the woman, though the architectural layout of the tomb maintains that of the best-known fifteenth-century sepulchres in Santa Croce.

The commission was one of the numerous orders from the Polish colony that formed in Florence as of 1830, in the lee of Stanislaw Poniatowsky and Prince Adam Jerzy Czartoryski. 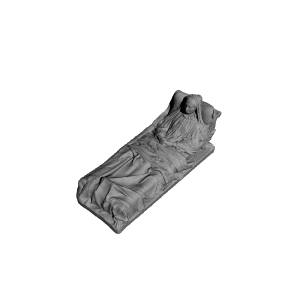