Monument to The Victims of the School Ship Disaster in Brussels, Belgium

3D
Scan The World
2,706 views 141 downloads
Community Prints Add your picture
Be the first to share a picture of this printed object
0 comments

Monument to The Victims of the School Ship Disaster in Brussels, Belgium

Established in memory of the victims of the shipwreck of the first Belgian school ship, the Comte de Smet de Naeyer, in the Bay of Biscay, on April 19, 1906.There were survivors but Captain Fourcault and some of the crew and some of the 30-odd sea-scouts were lost. The ship was only 8 days into its maiden voyage, out of Antwerp. Enquiry revealed that as the ship took on water in high seas the pumps had failed. A marble statue of an allegorical female and boys figure stands on a stone pedestal with a symbolic representation of the shipwreck. The monument was unveiled on April 19, 1912 and Inaugurated on Belgium's National Day (21 July).

There was no any problem during the printing but supports should be cleaned genteelly and carefully. 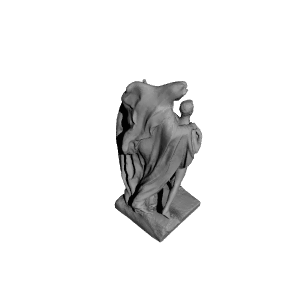 ×
0 collections where you can find Monument to The Victims of the School Ship Disaster in Brussels, Belgium by Scan The World