3D
Scan The World
2,390 views 113 downloads
1 collection
Community Prints Add your picture
Be the first to share a picture of this printed object
0 comments

Mounted cup refers to a cup with high heel.
And It has three ears on its body.
This bowl was often found in Korea, China and Japan.
Amd some food are put in it and it was used for ancestral rites.
In Korea, it was usually excavated in Silla and Gaya reigons. 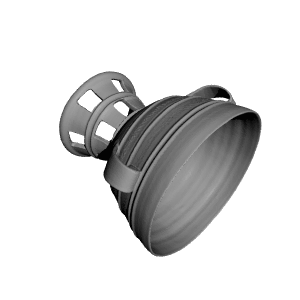