3D
Support Free Scan The World
1,958 views 70 downloads
Community Prints Add your picture
Be the first to share a picture of this printed object
0 comments

The well-preserved mastaba of Ti is located at the northern edge of the Saqqara necropolis, about 300m north of the ‘Philosopher’s Circle’. Ti held the titles of ‘Overseer of the Pyramids of Niuserre’, and ‘Overseer of the Sun-Temples of Sahure, Neferirkare and Niuserre’, making him a high-status official during Dynasty V.

The tomb was discovered by Auguste Mariette in 1865 and has since been restored and reconstructed by the Egyptian Antiquities Department, to become known as probably the most beautifully decorated Old Kingdom mastaba in the whole necropolis. The tomb not only has superb reliefs, but the variety of subjects also makes it very interesting.

It's the tomb of Ti in Saqqara in the Old Kingdom 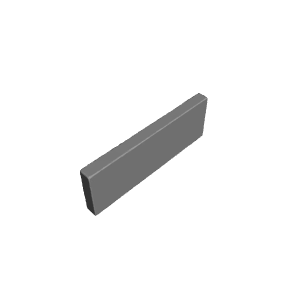 ×
0 collections where you can find Muleteers by Scan The World