3D
Scan The World
3,870 views 99 downloads
1 collection
Community Prints Add your picture
Be the first to share a picture of this printed object
0 comments

Nadia Elena Comăneci (November 12, 1961) is a former Romanian gymnast, winner of three gold medals at the 1976 Summer Olympicsin Montreal and the first gymnast to be awarded a perfect score of 10 in an Olympic gymnastics event. She also won two gold medals at the 1980 Summer Olympics in Moscow. She is one of the best-known gymnasts in the world. In 2000, Comăneci was named as one of the Athletes of the Century by the Laureus World Sports Academy. 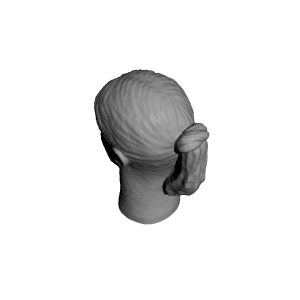 ×
1 collections where you can find Nadia Comăneci bust in Deva, Romania by apllana