The Nelson Mandela Statue is situated on the first exterior level of the Royal Festival Hall. Mandela's story is inscribed on the plinth and was unveiled in 1985, the statue was for many years the focus of much political activism. The current bronze statue replaces the original fibreglass sculpture after it was repeatedly vandalised and finally set on fire. The inscription reads: "The Struggle Is My Life" Nelson Mandela. Gaoled 5th August 1962. Sentenced to life imprisonment 12th June 1964 for his actions against apartheid. Erected by the Greater London Council. Unveiled by Oliver Tambo, President of the African National Congress 28th October 1985. To this was also added: Nelson Mandela was released after 27 years imprisonment 11th February 1990. Awarded Nobel Peace Prize 19th December 1993. Inaugurated President of the Republic of South Africa and its Government of National Unity 10th May 1994. 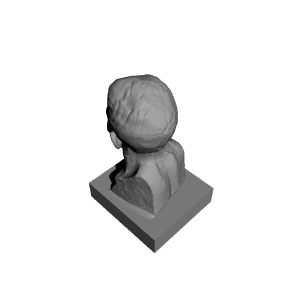