3D
Scan The World
3,293 views 407 downloads
2 collections
Community Prints Add your picture
Be the first to share a picture of this printed object
0 comments

Neptune, god of the ocean, was one of the four groups commissioned for the “river” in the park at Marly, where it formed a pendant to the statue of Amphitrite at the foot of the waterfall. The plaster cast was made in 1699, the marble statue in 1705. Confiscated from the park at Marly in 1796, the group was used to decorate a fountain in Brest in 1801. 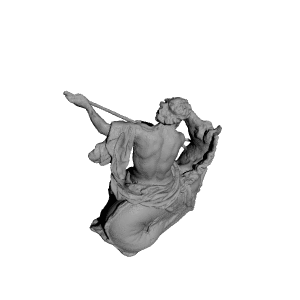 ×
2 collections where you can find Neptune by Scan The World