3D
Scan The World
1,717 views 106 downloads
Community Prints Add your picture
Be the first to share a picture of this printed object
0 comments

Nerva (Latin: Marcus Cocceius Nerva Caesar Augustus; 8 November, 30 AD – 27 January, 98 AD) was Roman Emperor from 96 to 98. Nerva became Emperor at the age of sixty-five, after a lifetime of imperial service under Nero and the rulers of the Flavian dynasty. Under Nero, he was a member of the imperial entourage and played a vital part in exposing the Pisonian conspiracy of 65. Later, as a loyalist to the Flavians, he attained consulships in 71 and 90 during the reigns of Vespasian and Domitian respectively.

On 18 September 96, Domitian was assassinated in a palace conspiracy involving members of the Praetorian Guard and several of his freedmen. On the same day, Nerva was declared emperor by the Roman Senate. This was the first time the Senate elected a Roman Emperor. As the new ruler of the Roman Empire, he vowed to restore liberties which had been curtailed during the autocratic government of Domitian.

Nerva's brief reign was marred by financial difficulties and his inability to assert his authority over the Roman army. A revolt by the Praetorian Guard in October 97 essentially forced him to adopt an heir. After some deliberation Nerva adopted Trajan, a young and popular general, as his successor. After barely fifteen months in office, Nerva died of natural causes on 27 January 98. Upon his death he was succeeded and deified by Trajan.

Although much of his life remains obscure, Nerva was considered a wise and moderate emperor by ancient historians. Nerva's greatest success was his ability to ensure a peaceful transition of power after his death, thus founding the Nerva–Antonine dynasty. 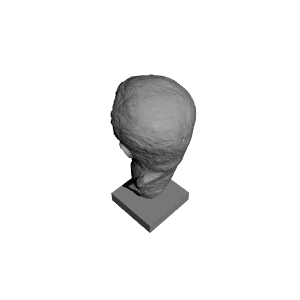 ×
0 collections where you can find Nerva by Scan The World