3D
Scan The World
2,233 views 86 downloads
1 collection
Community Prints Add your picture
Be the first to share a picture of this printed object
0 comments

A post-war and contemporary sculpture created by Etienne Martin. The story of Oppède-le-Vieux is a tale of two towns. One in the valley is still thriving. Whilst its twin, Lubéron, lies empty on the mountaintop overshadowing it, filled with narrow, cobbled streets, the ruins of empty homes and an old castle. It is hidden in the province and now considered as a haunting ghost village. It was once used as a hideout during World War II and was home to the lady who stole the heart of Antoine de Saint-Exupéry. 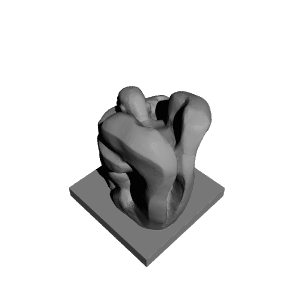