The Royal Arsenal in Woolwich is the permanent location for a statue of Nike which was given to London for hosting the Olympic and Paralympic Games. The royal borough was chosen to receive the statue of the Greek Goddess of Victory on behalf of the capital after hosting a third of all the Olympic and Paralympic events. The four-metre high statue, created by Pavlos Angelos Kougiomtzis, was presented to London by the Ancient City of Olympia. The statue is a postmodern, contemporary take on the original sculpture, Winged Statue of Samothrace, also available on myminifactory! 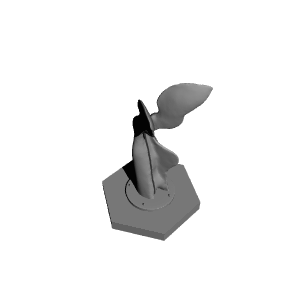